Manual vs Powered. An important consideration is how you use the toothbrush 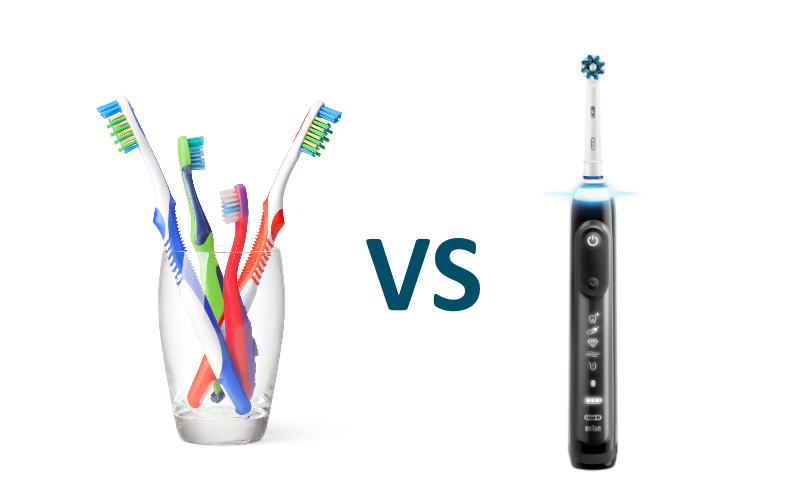 Electric toothbrushes have been widely touted. In fact in one survey Lemelson-MIT Invention Index Survey conducted in 2003 it was clear that toothbrushes were rated more important than automobiles, personal computers, cell phones and even microwave ovens.

The Cochrane Collaboration, an independent nonprofit organization dedicated to providing evidence-based reporting of accurate scientific studies, evaluated randomized studies of toothbrushes. The authors of the Cochrane review evaluated over 300 studies.

The reviews are updated every few years. The Cochrane Oral Health Group review of powered toothbrushes was noteworthy for four reasons.

Their conclusion was that some powered toothbrushes with a rotation-oscillation action achieve a statistically significant, but modest, reduction in plaque and gingivitis compared with manual toothbrushes.

As some dentists will tell you, "it's not the brush so much as the hand that holds it". Certainly there may be less effort needed to use a powered brush, but most importantly any brush whether manual or powered requires professional demonstration and training so that you know how to remove plaque correctly.

The key to maintaining healthy gums and teeth is effective daily plaque removal which requires both brushing and importantly some means of removing plaque from between the teeth, generally flossing. That leads to the second part of your question. Any brush used too vigorously has the potential to cause gum damage, possibly in the form of recession.

Since it usually takes between twelve and twenty four hours for plaque to form on the teeth, brushing and flossing efficiently once or twice in a twenty four hour period should be enough to maintain health.

Be gentle when using either an electric or manual brush because with either kind it does not take force to remove plaque.

Consider bringing your toothbrush to your next dental visit so your dentist can examine it.

While you're at it, demonstrate your brushing technique, so your dentist or hygienist can make sure you are brushing correctly.